The Avengers: United They Stand

Revision as of 20:02, 18 August 2014 by Mystery-thing (Message Wall | contribs) (Created page with "The Avengers: United They Stand only lasted for one season which aired from 1999-2000 and consisted of 13 episodes.right ==Episode List== Seaso...")
(diff) ← Older revision | Latest revision (diff) | Newer revision → (diff)
Edit
watch 01:25
Jurassic World: Dominion Dominates Fandom Wikis - The Loop
Do you like this video?
Play Sound

The Avengers: United They Stand only lasted for one season which aired from 1999-2000 and consisted of 13 episodes. 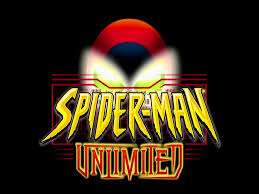 The Avengers: United They Stand aired weekly on Fox Kids and was produced, along with Spider-Man Unlimited to compete with the recently released 'Batman Beyond' which had proven very popular. Due to this competition, Avengers was set 25 years in the future. Their are unconfirmed rumours that the 2008 series 'Iron-Man: Armored Adventures' is a prequel of this Avengers series.

The series gained critical reviews from fans and critcs and so the series was cancelled after it's first season.

The full season was released on a 2-disc DVD set in 2007 in Region 2 and the first four episodes along four Thor and Sub-Mariner episodes from the 1960's were released together on DVD in 2009.