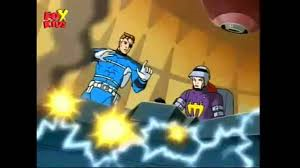 S.H.I.E.L.D. later targeted the assassin known as the Chameleon and Nick Fury enlisted the help of J. Jonah. Jameson to try and track him down. Spider-Man sneakingly learns about the mission and ultimately becomes responsible for bringing the Chameleon in. After the Chameleon escaped from prison, S.H.I.E.L.D. arrested him again after he helped Richard Fisk's efforts to frame Peter Parker.

After, Kingpin broke John Hardeski out of S.H.I.E.L.D.'s jail, Spider-Man manages to bring Hardeski back to S.H.I.E.L.D's custody. S.H.I.E.L.D. later helps bring in Electro when he is rampaging through the city.