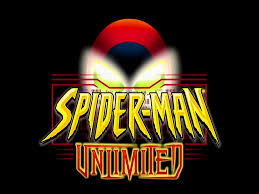 Spider-Man Unlimited began airing on Fox Kids in 1999 but was dropped after three episodes due to the success of shows like Pokemon and Digimon. However, in 2000, the series began again with all episodes played in weekly stages. Due to poor reception from fans and bad reviews the show was axed after it's first season, despite its cliff hanger ending.

The season was first released on DVD in 2010 in a 2-disc set and the episodes are available on Netflix and Marvel's website.