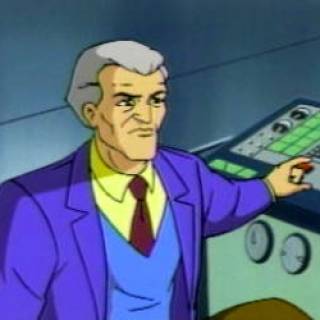 Spencer Smythe is the father of Alistair Smythe.

Spencer was contracted to work for Norman Osborn and build a spider slayer to eliminate Spider-Man. If this was achieved, Spencer's son Alistair would get a hi-tech hover chair to replace his normal wheelchair. Spencer created the Black Widow spider slayer and sent it after Spider-Man. After a battle at OsCorp, Spencer was believed to have perished in a fire and Alistair went into the employ of the Kingpin. However, it was later revealed that Spencer never died in the fire and the Kingpin was keeping him in cryogenic stasis. When Alistair found out, he rebelled against Kingpin but the crime boss and Herbert Landon managed to transform Alistair into a cyborg spider slayer. Alistair then rescued his father and went to work for Silvermane. Spencer is still in his cryogenic stasis.