Silver Surfer: The Animated Series only had one season which ran in 1998 and consisted of 13 episodes. 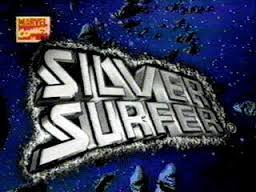 Silver Surfer: The Animated Series aired weekly on Fox Kids but was cancelled after it's first season due to a dispute between Marvel and Saban Entertainment, even though the season had ended with a cliff hanger. Eight episodes were written for the second season before it was dropped which depicted the Surfer returning to Zenn-La, witnessing the death of Shalla Bal and having an adventure on Earth with the Fantastic Four.

The full season has been available on DVD since 2009 and all the episodes are available on the Marvel website.