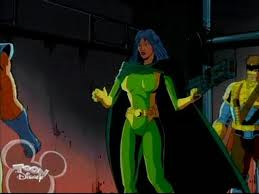 Silver Fox was once a member of Team X.

Silver Fox was part of Team X and the Weapon X facility. She had a romance with Wolverine but this ended when she was believed dead. Years later, Silver Fox and the rest of Team X arrived at the abandoned Weapon X facility, much to the surprise of Wolverine and Sabretooth. Silver Fox, as well as the rest of the team, found that her memories had been implanted by Weapon X so none of them could be sure what happened in their past. The team then had to fight off Talos robots but they all survived and went their separate ways.