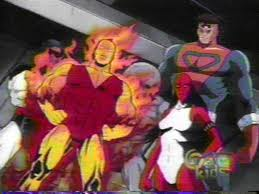 The Shi'ar Imperial Guard are a group of guards who are loyal to whoever is ruler of the Shi'ar Empire.

One of the Imperial Guard members, Oracle, was kidnapped by Apocalypse for his Lazarus Chamber but she was freed by the combined efforts of the X-Men, Bishop and Cable.