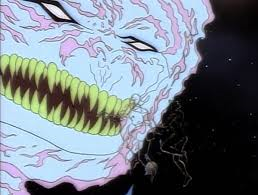 The Shadow King is a psychic mutant who lives by possessing hosts.