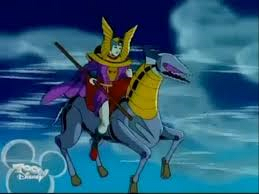 Plague was a member of the Morlocks and later the Horsemen of Apocalypse.

Plague helped to bring in Cyclops and Jean Grey for the Morlocks and later fought the X-Men, giving Gambit a fever. Later, Plague arrived at Muir Island, wishing to take the mutant cure, but was instead turned into a slave for Apocalypse and served in his Horsemen as 'Pestilence'.