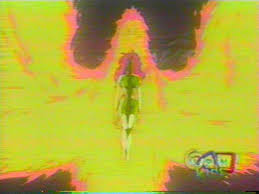 The Phoenix Force is the intergalactic guardian of the M'Kraan Crystal.

When Jean Grey was about to die, piloting a space shuttle through an irradiated stream of energy, the Phoenix Force bonded with Jean, saving her life. Emerging from the wreckage of the shuttle, Jean/Phoenix announced its presence before falling into a restless coma. Phoenix/Jean later recovered and fought against Gladiator and the Shi'ar Imperial Guard before venturing off with Lilandra Neramani and the X-Men, in pursuit of the Starjammers and D'Ken Neramani. The corrupt D'Ken got his hands on the M'Kraan Crystal and abused its power, causing the Phoenix/Jean to fly itself and the crystal, with D'Ken in, into the Sun. Believed to by dead by everyone, Jean/Phoenix were later discovered to be alive.

Having received psychiatric treatment from Professor X and Moira MacTaggert, Jean/Phoenix later returned to the X-Men but later found herself kidnapped by the Inner Circle Club and brainwashed by Mastermind and Emma Frost. Having broke free from their brainwashing, the Phoenix took over Jean completely and turned into the 'Dark Phoenix', destroying an uninhabited planet after causing a sun to go supernova. The Phoenix Force was later suppressed in Jean's mind and she was arrested by the Shi'ar. Having agreed to a fight to the death with the Imperial Guard, Jean saw her boyfriend, Cyclops, get blasted and this caused the Dark Phoenix to regain control. Struggling for dominance, Jean committed suicide to stop more destruction but the Phoenix Force survived and instructed the X-Men on how to bring Jean back to life. The Phoenix Force then flew off into space.