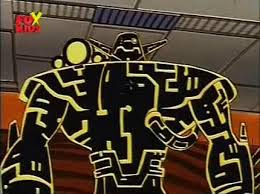 The Phalanx are a race of techno-organic beings.

The Phalanx first came to Earth, chasing one of their own, Warlock. Upon arrival they assimilated Cameron Hodge into their race. With his help, the Phalanx spread across the world, capturing and acquiring different places and people, including those on Muir Island. Eventually, the Phalanx were stopped at their Empire State Building base by a combined effort from Warlock, Beast, Magneto, Mister Sinister and Amelia Voght. After this, the Phalanx were chased back out into space.