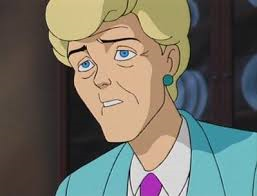 May Parker is the aunt of Spider-Man.

May married Ben Parker some time before they were forced to raise their nephew Peter after his parents were killed. Years later, Ben was killed by a burglar, and Peter, as Spider-Man, tracked down the killer and brought him to justice. With Ben gone, May struggled to cope with the bills even with Peter's support. With the help of her friend, Anna Watson, May introduced Peter to Mary Jane Watson.

Peter soon moved out and May, when visiting him, found herself attacked by the Hobgoblin. She later encountered, Doctor Octopus, who was disguised as a medical doctor at the time. May suffered a heart attack when Peter was accused of treason but soon recovered after evidence proving his innocence was recovered. May attended the wedding of Peter and Mary Jane Watson, soon after MJ resurfaced, having disappeared during a battle between Spider-Man and Green Goblin. When she was planning to sell her house, May received a visit from Keene Marlow, an old friend of hers and Ben's. May gave Keene a mysterious ring after Shocker and Scorpion attacked her house.

May had died in this reality, her death leading this reality's Peter Parker into a great depression.

In this reality, Peter Parker publicly revealed his identity as Spider-Man, so May supported the hero, rather than hate him.