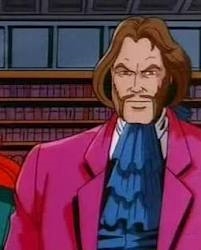 When Jean Grey and the Phoenix Force were at their most vulnerable, Mastermind placed visions within their minds, that they were a Victorian housewife and he was their lover. Mastermind successfully brought Jean/Phoenix to the Inner Circle's base, hoping to make the Phoenix a member. Just before he could marry Jean/Phoenix, the X-Men arrived and attacked but quickly defeated and trapped. When the Phoenix managed to break free of Mastermind's conditioning, she released her full rage on him and the club, defeating him swiftly.

Mastermind is seen as part of the mutant rebellion.