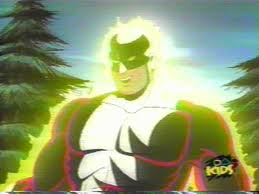 James Hudson is also known as the Canadian hero, Vindicator.

James Hudson, and his wife Heather Hudson, found Wolverine, in a feral state, after he had escaped the Weapon X facility. They took him in and re-integrated the mutant into society. When he was fully recovered, James and Heather had Logan join their team, Alpha Flight, with the codename 'Wolverine' and his costume, which Logan still wears. However, Logan left to join the X-Men and James took over as team leader. Years later, James worked with Heather and General Chasen to lure Wolverine back to Canada and discover the secret as to why the adamantium bonding process has only worked on him. They began testing on Wolverine but the rest of Alpha Flight found out and helped their former team mate escape.