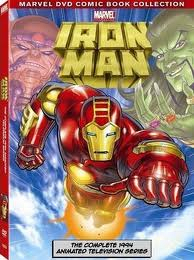 Iron-Man: The Animated Series was shown weekly on Fox Kids as part of The Marvel Action Hour, which was a programme that showed an episode Iron-Man and an episode the Fantastic Four Animated Series in one showing. Due to low ratings, the show was cancelled after its second season, with many fans not supportive of the season.