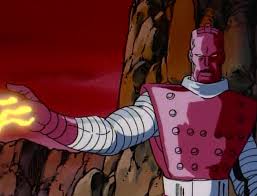 Herbert Wyndham is also known as the super-powered, High Evolutionary.

Some time in the past, the High Evolutionary fought Garokk in the Savage Land and placed his soul in a statue.