We're Getting Mutants in the MCU - The Loop

Firepower is a robot created by Justin Hammer. 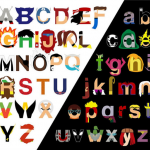