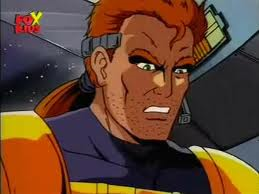 Fabian Cortez is a former member of the Acolytes and a servant of Apocalypse.

Cortez, as the leader of the Acolytes, helped Magneto and the X-Men to free imprisoned mutants on Genosha and take them too Asteroid M. Whilst on Asteroid M, Cortez launched a missile at Earth and jettisoned Magneto into space, trying to kill him. Cortez then blamed the X-Men for his death and had them chased out of the asteroid. Cortez declared war on humanity but, when Magneto returned, revealing he had not been killed, and Amelia Voght had proof that Cortez tried to kill Magneto, he was almost killed in the struggle but saved at the last minute by Apocalypse and Deathbird.