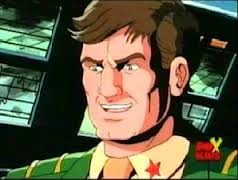 General Chasen is the director of the Canadian government Agency, Department H.

Chasen, alongside James Hudson and Heather Hudson, enlisted the mutant Logan into the Canadian super team, Alpha Flight, handing Logan his iconic costume and code name 'Wolverine'. Logan later left the team and years later, he was lured back to Canada and ambushed by Alpha Flight, who were under orders from Chasen and thought to be making Logan part of their team again. However, Chasen and James, now calling himself 'Vindicator', revealed that they had captured the X-Man because they wanted to know the secret behind his adamantium bonding process by dissecting him. Chasen and Vindicator were later confronted by the rest of Alpha Flight when they found out what was happening to there former team mate.