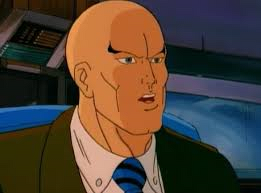 Charles Xavier is also known as the X-Man, Professor X, and is the founder and leader of the X-Men.

Charles Xavier was raised by his mother, Sharon Xavier, his step-father Kurt Marko, and his step-brother Cain Marko. Charles' father died at some point and so Sharon married Kurt. However, unknown to Sharon, Kurt had only married her for her money. Charles was always favoured by Kurt which caused Cain to hate Charles, especially after Kurt sent Cain to military school so he would be out of the way.

Charles later went to college and whilst he was there, he was visited by his time travelling future students, Storm, Wolverine and their ally Bishop. Later, Charles received at least one doctorate.

Charles was later part of the U.S Army and served in Europe. He later met and fell in love with Moira MacTaggert. After his military career was finished, Charles travelled the world for many years before working in a psychiatric hospital, after a war, where he met Erik Magnus Lehnsherr. The two became good friends and when a small group of soldiers kidnapped some of their patients and friends, the teamed up to save them, revealing to each other that they were mutants. Erik then tried to kill the soldiers but Charles stopped him, trying to get him to believe that violence and killing is not necessary. Erik later left Charles, took up the alias 'Magneto', rallied up a group of mutant followers and attacked human buildings and governments. Xavier was forced to use his powers to defeat his former friend.

Charles later travelled to Egypt and defeated the Shadow King, rescuing his future student Storm in the process. Some time after this Xavier lost the use of his legs and was confined to a hoverchair (which he may have built himself). Xavier then first formed the X-Men, recruiting Cyclops, Jean Grey, Beast, Angel and Iceman. Xavier would continue to mentor this team throughout its member changes.

Shortly after Jubilee was recruited onto the team, Xavier left for Muir Island where his old girlfriend, Moira, was living. He investigated Dr Gottfried Adler and his cure for mutants but this later turned out to be Mystique in disguise, getting mutants to serve for Apocalypse.

Later, Charles and Magneto were trapped in the Savage Land by former X-Man Morph. The two had to survive without their powers although Charles did temporarily regain the use of legs during this time. The pair where then rescued from Mister Sinister and the Nasty Boys by the X-Men Charles then returned home with them.

When Jean Grey was possessed by the Phoenix Force, Charles first met Lilandra Neramani, empress of the Shi'ar. The two would become romantically involved but unable to pursue a relationship as Lilandra had to return to her empire. When Charles was shot by Henry Peter Gyrich on live television, he was unable to find medical aid on Earth and had to leave the X-Men and permanently stay with the Shi'ar to survive.

Charles was known as 'Xavier the All-Knowing' in Jubilee's story. He served as a sorcerer who appeared in spectral form to Jubilee, telling her that she had a great destiny ahead of her.