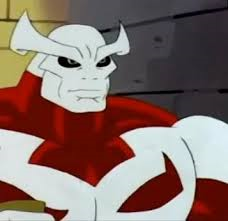 Caliban was once captured on the island Genosha, along with other mutants, but was later freed by the X-Men and Cable. Later, Caliban was persuaded by Fabian Cortez to help find a new body for the then deceased Apocalypse. Caliban was made into a fifth Horseman but rebelled against Cortez when he tried to use Jubilee.

Caliban is seen as part of the mutant rebellion.