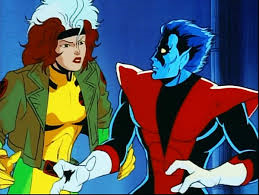 This is the seventh episode of the fourth season of X-Men: The Animated Series.

During a meeting, the leaders of the Friends of Humanity discuss their former leader Graydon Creed Jr, who was revealed to be the son of Sabretooth, a mutant. They reveal that they have lead an investigation into Creed's family, discovering other mutants and Creed promises to kill them all, in return of being allowed back into the group.

At Xavier's Mansion, Nightcrawler pays the X-Men a visit, showing them a letter that he has received which states that his mother will be killed unless he does as they say. Nightcrawler does not know who his mother is and asks if he can be escorted to the rendezvous point. Wolverine, Rogue and Jubilee agree to go with him.

The four mutants arrive at a dam, where they find Mystique, who reveals that Nightcrawler is her son so he and Rogue are foster-siblings. Just then Creed and FOH troops attack the mutants, forcing them to retreat. Nightcrawler manages to get to Mystique and confront her on abandoning him as a baby. The FOH use attack helicopters to shoot down the mutants while Creed shoots Mystique, causing her to fall from the dam. Creed shoots missiles at the dam, causing his helicopter to be caught in a tidal wave.

Thinking Mystique and Creed dead, the four mutants leave but it is revealed that Mystique survived and wandered off into the woods. Creed was rescued by the FOH but, as he failed them again, they take him to Sabretooth to be punished.