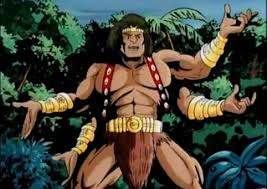 Barbarus is a member of the Savage Land Mutates.